lassie and her Master Lsdmaster are a cool French couple, an example of total lifestyle power exchange. We both are not native English speakers, so we hope you will excuse poor English in this article. As a romantic French man, Lsdmaster writes very poetically, and we did the best we could in translation. So, you may enjoy the slave’s story below. Here you may read the First Part of the story.  And here is the Third Part. 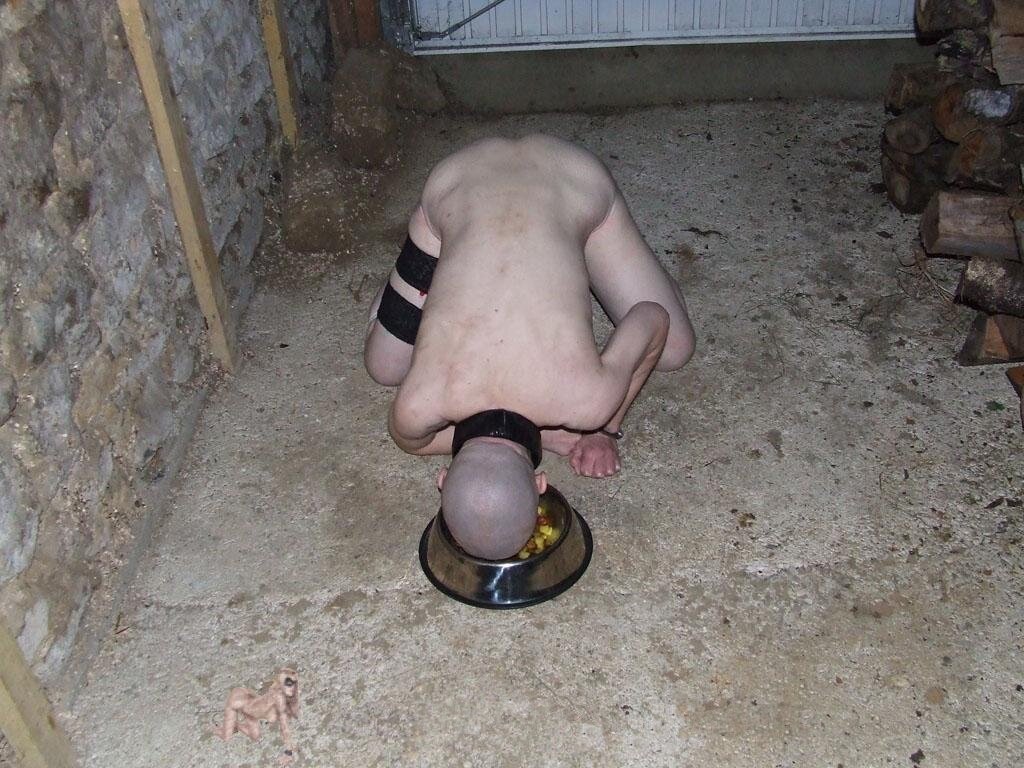 Days and months passed between work and living in the apartment. With work, housework, and training, the young Amélie did not have much time to rest.
Her social life was limited to a strict minimum. At her work, she had few friends because she had refused to go outdoors in the evening and on weekends. When she returned to the apartment, she had to report her day in great detail. She would have liked to exchange with her work colleagues but she had to limit her discussions to a minimum. She had to entrust everything to her Dom, her future master: her desires, her fears, and everything concerning her body.
She would have liked to see her parents more often, but there were always good reasons not to visit them. For example, the apartment was not cleaned well, or she had come home late from work, or she hadn’t was perfect in her sex education such as a poorly done fellatio, or she had not succeeded in restraining herself during sodomy and defecated on the floor. Then, ashamed, she begged her Dom not to force her to clean his cock soaked with shit and cum. This gave a new strategy to his Dom (once a week he administered a good laxative as a lubricant before sodomy and thirty minutes later, the young ‘Lorraine cow’ (that was what her Dom liked to call her because she collected cow figurines) could not restrain herself and she shitted like a big cow).

A bit of rituals

It was easy to keep her in a state of addiction if she wanted to visit her parents. Any occasion was good to isolate her. In the first year of her upbringing, she was allowed to make two short visits to her family and obviously not a word about her training. Discussions were limited to the weather, work, the apartment, and their future together and their age difference. The mother found it embarrassing. Of course, marriage was discussed, but she said she didn’t feel ready that they were going to think about it. Obviously, this answer was not an expression of lassie’s opinion, but the one she had to answer.
For the return trip, she had to undress in the car. She could keep her raincoat or her jacket on. Then she came back to the apartment dressed like that. She walked with her head lowered because she was afraid of meeting the neighbors’ eyes. After that, in the apartment, the “good Lorraine cow”  would get naked, lie on her back on the kitchen table, spread her plump thighs, and wait.
Sometimes she waited more than an hour. It was time to visit her pussy. When his lips were dripping her Dom approached his cock along that slobbery slit and penetrated it. She had to stay still. She would have liked to enjoy this moment intensely but the orgasm was not allowed. So she was trying to contract her pussy to really feel her dom’s cock deep inside her pussy. Thirty minutes later she could get off the table and get down on all fours, one cheek against the floor.
It was time for sodomy. It didn’t take long for her ass to be filled with cum. So she could suck and clean the cock that had fucked her. She hadn’t had time to cum and her frustration wasn’t over. The good cow went back to lie down on the table on her back with the cunt in presentation. Her Dom’s hand had no trouble investing this dripping hole. It wasn’t just her slit dripping, her ass was oozing cum mixed with shit. As the hand explored each area of ​​the slobbering sex, the pleasure progressed in the bowels of the good, young cow. But before the spasms of pleasure arrived, the hand left the holes. It was time for the good cow to get busy with household chores.

The requirements began to increase and as she didn’t want her Dom to leave her (she was in love of course) she accepted everything. She knew and understood that the most important thing was the pleasure of her man who knew how to exploit this weakness perfectly.
The udders of the ‘good Lorraine cow’ were not very developed. Despite her body type, 166 cm/67 kg (5′ 5″/148 lbs)  her chest was not well supplied. It had to be improved. During each fellatio, her breasts were stretched and kneaded intensely. Coming home from work, she had to get on all fours at the kitchen table and she had to move her breasts. Then the Dom would tell her that it was time to milk the cow. Sometimes for a change, she had to flatten her breasts with a rolling pin for 10 minutes under the supervision of her Dom obviously. The udders then got a pretty pink color.
Six months later, one morning when she was not allowed to shower, her Dom told her that she was ready to start her new life. She was trying to find out what it meant but received as a response that it was a surprise. She left for work, trying to imagine what would change. Perhaps the marriage or her Dom wants to make her a child. She was eager to learn more.

To the previous Part 1…

The gallery of slave lassie you may watch on our site here: French real slave chienne Lassie